Discover the Best Playlists to Wrap Around Your Holiday Celebrations 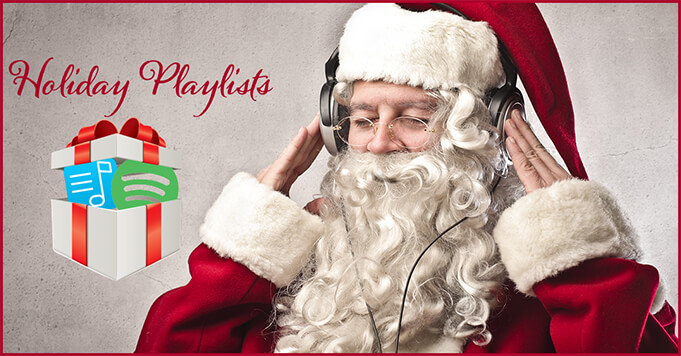 Wherever there’s a Christmas celebration, there should be a good playlist for the holiday season full of the best music to accompany and satisfy everyone in times of joy and laughter. If you consider yourself the DJ in the family or friend group, then allow these awesome holiday playlists to help set the mood, and be ready for your download and take anywhere and please your listeners.

From all the best online music sources, you can record music from Spotify, Soundcloud, Pandora, and much more. Here is a well-rounded selection of treats from pop to jazz which will have every guest on their feet, toes tapping, for every type of holiday party scenario:

1. When the wood is burning & candles are flickering

This is strictly one for any setting around a fireplace. If you’re lucky to have more than one, then connect that up to the next room as well. Or if you know the evening is about to get cozy then don’t forget to play this for you and your company.

2. When you need something just for the kids

This year, the children have taken over and just when you thought Christmas was stressful enough, you need a distraction for them. Play this out at a volume high enough for them to get lost in the joyful upbeat merriness of this playlist just for them. 3. When you want a relaxing evening with carols

Nothing will ever beat the famous Christmas carols we have arriving on our doorstep every year, now you can be part of it too. This playlist for Christmas carols should be download to take roaming the streets without a worry of disconnecting mid-high note. Go and show your neighborhood what you have!

The Jackson 5, Smokey Robinson, The Supremes, Marvin Gaye and Four Tops, this selection within has been absolutely perfected. We couldn’t have done it better if we tried.

5. Or, if you’re just looking for the best holiday ever

We can’t deny a perfectly wrapped selection of classics will be beaten. What’s Christmas without a Home Alone soundtrack, Rudolph specifics and the word jolly repeated amongst every song…

Recording to take away has never been so easy, here are the three simple steps to get you on your way to Christmas and record music offline from all the best sites:

Step 2: Play – Launch Spotify through your desktop app or browser, and head to the playlist you want to record.

Replay Music for Windows and Replay Music for Mac are the best solutions to keep your playlists safe whilst getting around this Christmas, save yourself the hassle and prepare to download sooner rather than later!