6 Reasons to Save Your Online Media 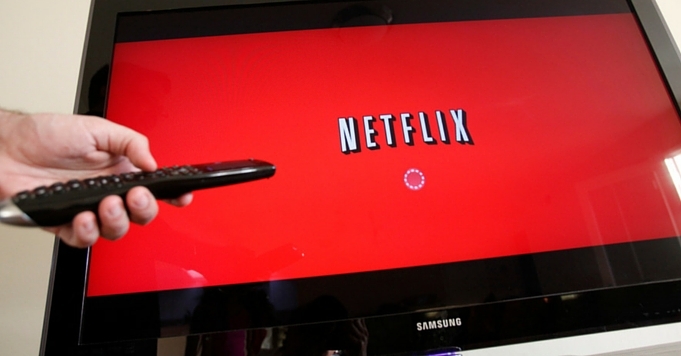 Online streaming is entirely awesome. Netflix, Amazon Prime, and Hulu allow you to binge-watch your favorite series whenever you want, on any kind of device that you connect with. However, these solutions are far from being perfect. Sometimes your favorite show can be inaccessible or disappear without a trace — that’s why many consumers who fall in love with fast-paced shows such as The Haunting of Hill House, Ozark, or Stranger Things really want to know how to record Netflix.

Netflix is not the only streaming platform that presents this problem. Amazon Prime and Hulu take down their shows and movies after a set period of time, too. If you don’t know how to record Hulu, Amazon Prime, or your other favorite streaming services, you might not be able to see your favorite show or movie if (and when) it’s taken down.

This alone should be good enough reason to save and watch your favorite shows offline, but here’s our complete top six list of reasons to save your online media.

Watching shows on Netflix is great if you’re at home. But, what if you’re on-the-go? 1080p videos will burn through your monthly data plan so fast, it’ll make your head spin. If you record a movie from Netflix on your phone or tablet while you’re safely connected to your home WiFi, you can watch that content anywhere without worrying about high data charges.

Let’s not forget then that in-flight WiFi often doesn’t allow you to access streaming platforms, for reasons connected to bandwidth. Frequent flying (and other Internet-lacking means of travel) is always less stressful if you can access your favorite show or movie offline!

2. Amazon Prime is making a move toward exclusive material

Competition is stiff, and if you want to attract enough users you need to be able to offer exclusive content. Netflix is funding a satire called War Machine, starring Brad Pitt. The company strongly believes quality is more important than quantity. Their reasoning? YouTube has thousands of times more content than Netflix, Hulu, and Amazon Prime combined but is struggling with subscriptions for YouTube Red.

When it comes to paying for a streaming service, content is king. That means Netflix won’t be as aggressive as you’d expect when it comes to adding new shows.

3. Netflix doesn’t have as many titles as you might think

Other services will most likely follow suit, as well.

Netflix is constantly changing up their copyright agreements; they operate on a temporary licensing model. This means their shows expire, and you have no idea when they are coming back.

Watching a movie online means that you can follow your favorite characters without interruptions. Unlike YouTube or network TV, you can fully plunge into the story without any commercial breaks or other distractions.

A lagging Internet connection or a sudden temporary disruption might spoil the most intriguing plot twist…and the moment is ruined! Internet speed is not the same everywhere, and in a pretty standard household, it’s normal to have multiple smartphones, a TV and even tablets all connected at once.

This also holds true for commuters who have to deal with an intermittent mobile connection.

6. It’s legal (for personal use) and you can still support the creators

Your monthly or annual fee covers the licensing costs that distribution companies negotiate with each streaming platform. These, in turn, share profit with the producers; a mechanism similar to old-school TV.

From a legal standpoint, you’re on the right side of the law. In 1984, the Supreme Court ruled time-shifted to view that recording videos for your own personal, non-commercial use is not against the law. At the time of clunky VCRs, people used to record their favorite shows to watch them at a more convenient time or to be able to re-watch them. Later on, people could consider whether or not they would buy a physical copy of the movie.

The business model for producers and distribution companies has changed and revenue streams are mostly generated at theaters (for movies) and through licenses. That’s a perk of a Netflix recorder – you can save each show and watch it without limitations. In the meantime, you can still consider buying a Blu-ray or DVD (if available) to further support the creators of the show.

These are some of the reasons why being able to record Netflix, Hulu or Amazon Prime video streams is a vital complementary feature. Replay Video Capture allows people to record movies from Netflix (and basically any other platforms) before the company takes them down.

Use Replay Video Capture to get your favorite content before it disappears from your online streaming service, and to enjoy movies and online shows without worrying about your connection!

This article was originally published on February 27, 2017 and has been updated for accuracy.