The Best, Most Amazing Commercials from Super Bowl 50 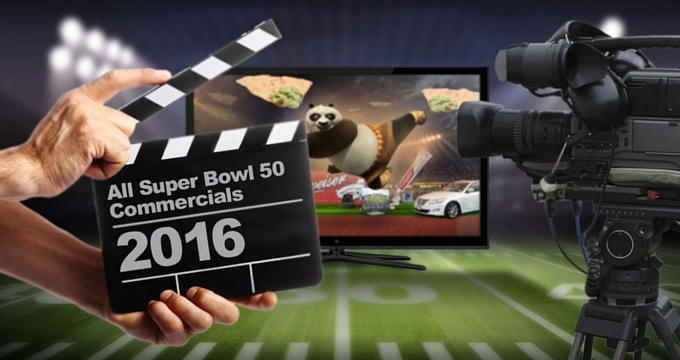 First of all… WOW, what an incredible game. But now it’s time to give it up for the expectation-exceeding commercials highlighted at the Super Bowl this year.

We couldn’t tear ourselves away from the screen for the entire championship or endless array of commercial entertainment. Lucky for us, Replay Video Capture was there to save everything, so we can re-live the best moments!

If you didn’t catch them during the live stream, just use Replay Media Catcher to download Super Bowl commercials straight from YouTube – it’s the best way to quickly snag all of the most popular highlights, or even make a mashup of funny clips.

Check out some of our favorite commercials right here: Super Bowl 50 is just a few days away and the excitement may actually be too much to bear!

This championship is a truly historic one for the National Football League, marking the 50th annual battle of football greatness. The Carolina Panthers and Denver Broncos are going head to head this year, with the Panthers currently favored by 4.5 points.

Coverage will begin on CBS at 11 a.m. EST, and will also be streamed live on CBSSports.com so you can record all the most intense moments with Replay Video Capture!

The best part? Replay Video Capture is completely, 100% legal! So you can capture every bit of Super Bowl action, halftime entertainment and classically over-the-top commercials worry-free.

How to Record & Save Super Bowl 50 The biggest night in football is taking over our very own Bay Area for an intense end to the 2015 season.

Super Bowl 50 is pitting the Carolina Panthers (15-1 regular season) against the Denver Broncos (12-4), and will feature Coldplay and Beyoncé running the halftime show for an event you can’t miss out on.

While your norm may be heading down to the crowded local bar to soak in the energy, you can also get in on the action for free right from your own couch! CBS Sports is live streaming the entire championship and halftime show online, and you can capture it all with Replay Video Capture.

Get yourself hyped up – Super Bowl 50 is just around the corner! And, if Carolina’s Thomas Davis (currently injured with a broken arm) has vowed to play on, you’ve got no excuse not to make it.