NBA Playoffs 2018: Where to Live Stream & How to Record 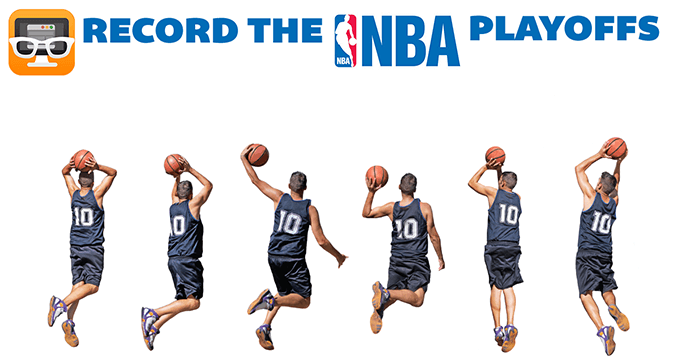 At almost this time last year, we were watching the Warriors crush the Cavs in an epic 2017 NBA Finals. With the regular season wrapping up this year already, we’re looking forward to another action-packed postseason basketball. The final rosters are set for April 13, with the 2018 NBA Playoffs officially starting on April 14. Some other key dates to know for the postseason include:

Figuring out who will be going head to head is driving some folks crazy; there are so many different scenarios that could play out, it’s no wonder that NBA fans are trying to understand from every angle. Bleacher Report put it best in their recent Playoff Picture when they said:

“From the San Antonio Spurs clinching their 21st straight trip to the playoffs despite Kawhi Leonard not playing, Russell Westbrook clinching a spot for the Oklahoma City Thunder on the strength of his triple-double or Anthony Davis literally putting the New Orleans Pelicans on his back and dragging them into the postseason, these last few days of the regular season have been amazing.”

Things are starting to become more clear, though. As it stands today, these are our highlighted brackets…

How to Live Stream & Save NBA Playoffs

Beyond the standard providers (ABC, TNT, ESPN and NBA TV), the NBA Playoffs will be live streaming from NBA League Pass online for all subscribers. If you aren’t already subscribed, it’s only a few bucks to get unlimited access! You can quickly and easily record every NBA Playoff game, streaming live from NBA League Pass, and store them in a high-quality format using Replay Video Capture.

Here’s how to record the NBA Playoffs:

The playoffs will show whose strategy, on-the-spot instincts, and pure talent will go to the NBA Finals this year — nothing’s set in stone. Below you’ll find the current NBA standings for the Eastern and Western Conferences, and you can always find more information on the NBA website.

Who are you rooting for? Any questions on recording or getting started? We’re always here to help.