How to Stream the 2016 American Music Awards Online 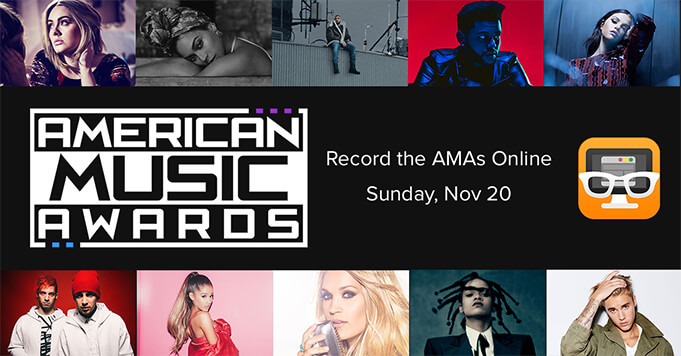 Music lovers everywhere are anxious and excited for the American Music Awards this year, the world’s largest, purely fan-chosen awards show in annual rotation. With such an incredible lineup, and mega-popular hosts hitting the stage (model Gigi Hadid and comedian Jay Pharoah), it’s no surprise that everyone wants to know where to get in on the action.

Let’s take a look at all of the musical performances happening at the 2016 AMAs that you can stream, record and save using Replay Video Capture:

Don’t forget to see the full list of every AMA nominee and get your vote in before its too late! Check out some of our favorite nominees right here:

Video of the Year: Desiigner, “Panda”

Collaboration of the Year: The Chainsmokers Featuring Daya, “Don’t Let Me Down”

Get started with our best-selling, top-rated media recording software to stream and save the best moments from the 2016 American Music Awards! The all new Replay Video Capture 8 has finally arrived! We’re excited to offer you the best of recording streaming software made even better. Beyond the amazing elements already in Replay Video Capture, this latest update boasts a slew of new features, including:

Read more details about what make the new Replay Video Capture 8 so great, or upgrade here! June is here and so is the end of the most exciting time on the American pro sports calendar. But before Major League Baseball players are left alone to toil through Summer, two of the great US sports tournaments must find their conclusions: the NBA Finals and the Stanley Cup Playoffs.