The Best Summertime Movies on Netflix to Record & Save Now 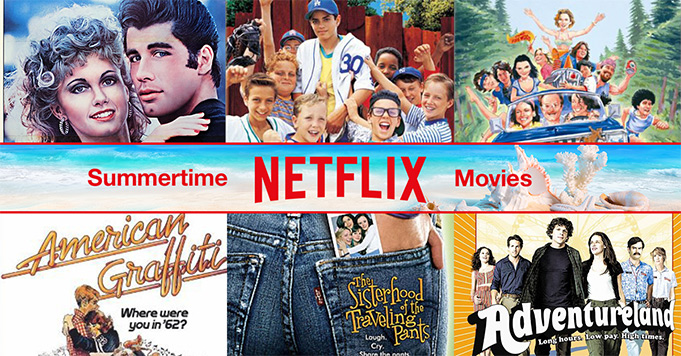 Summer is the perfect time to get outside, learn something new or binge on your favorite summer movies. Plus, with all the great new additions to Netflix this month, there are a TON of high-profile and classic choices for entertainment.

Celebrate summer with some essential warm weather films! We’ve gone through what’s available and picked out our favorite, most summery summertime movies for you to record from Netflix with Replay Video Capture and enjoy sipping on a chilled drink outside.

Whether you’re into summer nights, summer lovin’ or just some summer fun, Grease is an award-winning movie/musical hybrid that everyone loves. With (a very young) John Travolta in the cast of amazing and talented characters, you’ll want to record from Netflix and make it a tradition to watch every summer.

If you were cool in the 1990’s, you probably know everything about The Sandlot. This quintessential friendship-meets-baseball-meets-debauchery movie has touched hearts and cracked smiles for years. Before this one gets away, take a second to enjoy and record.

Wet Hot American Summer is a completely bonkers summer camp movie starring a hefty group of big-name comedy geniuses; Paul Rudd, Amy Poehler, Bradley Cooper and more. While it will always be hilarious, it won’t always be around – be sure to download from Netflix before it disappears.

George Lucas’ classic film, American Graffiti, stars the likes of Ron Howard, Richard Dreyfuss and Harrison Ford. Following one day of teenage adventure in the “rock-and-roll culture” era, it was even deemed “culturally, historically, or aesthetically significant” enough for federal preservation in the National Film Registry.

5. The Sisterhood of the Traveling Pants

Nothing says summer like adventures around the world and spending quality time with your best friends. The Sisterhood of the Traveling Pants is a warm and uplifting, yet sometimes dramatic, journey of friendship (and pants). No matter your age or state-of-mind, this is a feel-good movie you’ll want to record before it leaves Netflix.

Starring the king of awkward himself (Jesse Eisenberg), this flick is the ultimate ode to any summer job you ever got stuck with in high school/college. Adventureland is a friendly, coming-of-age type of comedy that certainly won’t last on Netflix forever.

Download Replay Video Capture to record and save all of the most essential summer movies from Netflix before they’re gone!